Postmortem photography, photographing a deceased person, was a common practice in the nineteenth and early twentieth centuries. These photographs were often the only ones taken of their subjects and much pride and artistry went into them. They were a common aspect of American culture and part of the mourning and memorialization process.

One of the reasons that postmortem photography was popular was due to the high mortality rate of babies and children. Frankly put, people died young. Relatives who had not seen their family member’s children could be sent a picture. As taking pictures weren't the norm, if a child died before a photo had been taken, this would be the only opportunity to get a picture of him or her to relatives. It was also felt that having a last picture of the deceased would quicken the grieving process and pay tribute to the deceased. During this time period, it was common to hang up framed pictures of the dead.

During 1840 to 1880, postmortem photos typically only showed the upper half of the body. This is from the idea that death was the “last sleep.” It was fashionable to make the dead look as if they were merely asleep. Those who used this style would place the body in a chair or sitting on a sofa with books, crosses or rosary beads in the deceased person’s hand. Children were placed in a stroller or cradle.

After 1880 and until about 1915, it became more popular to photograph the entire body of the deceased. These photos were usually taken of the dead in the casket. The change in trends is probably due to the practice of embalming now being possible, as well as the popular use of a lot of flowers placed around the coffin. The body would last longer and the casket setting at a funeral home made for a more aesthetically pleasing photo.

After 1880, it was common to have living family members in the photograph with the deceased. If a child died, he or she may be photographed being held in the mother’s lap. People long to have some record of the child, and that may be the only opportunity. In some photos, pictures of deceased adults can be seen lying in bed with family members sitting on the bed around them. Other families gathered around the coffin for a last photo. 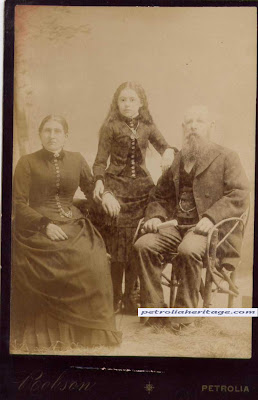 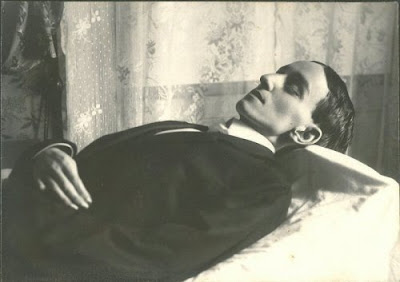 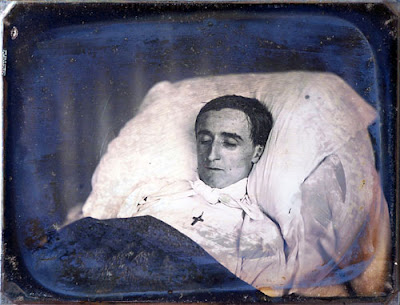 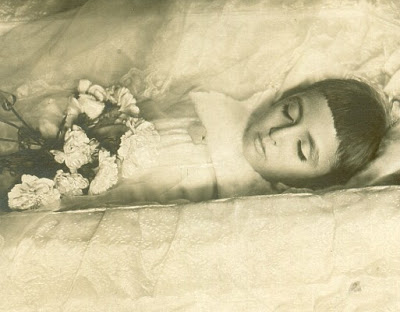 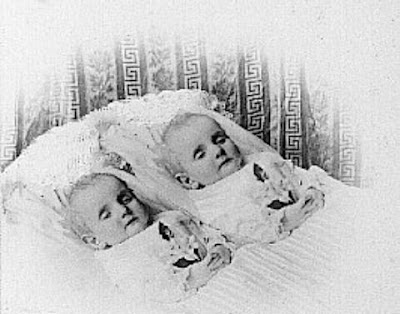 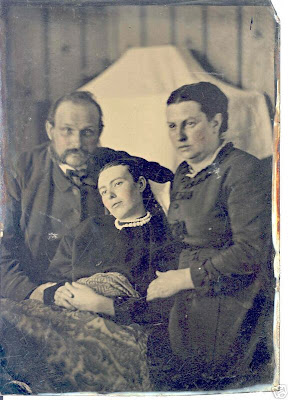 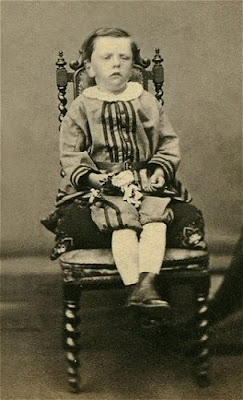 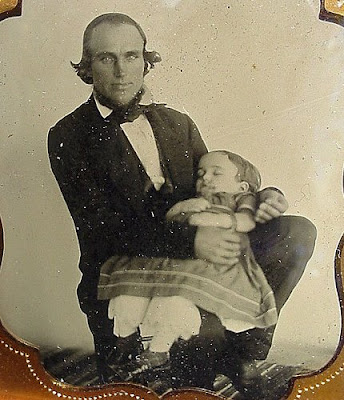 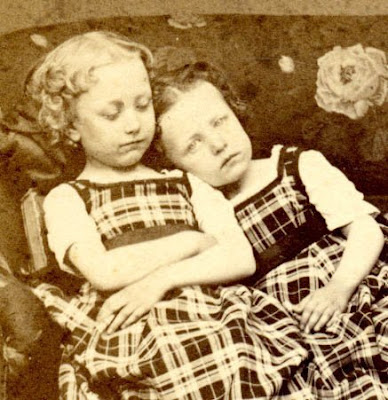 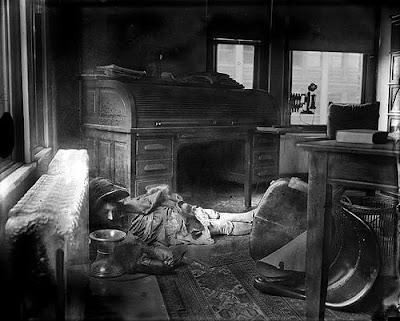 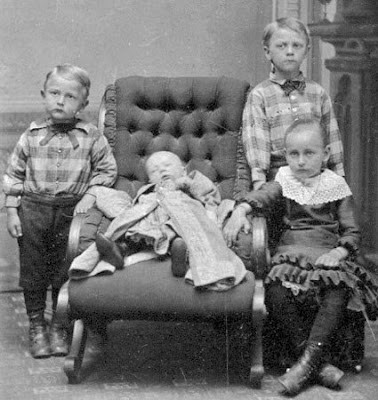 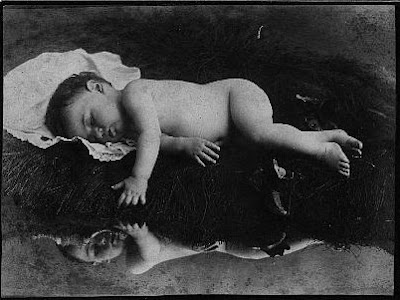 Posted by Julia Randall at 6:33 PM