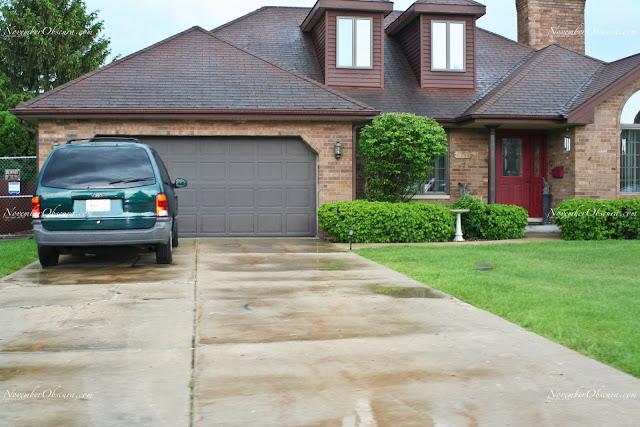 Nice new home, in a nice Illinois suburb. Still, I don't think I would have built on this spot. Until a few years ago, this was an empty lot with a depression in the soil where the foundation of the last home that once stood here was. And it seems the city was kind enough to change the address.
All of that still does not take away what happened here between 1972 and 1978 at what was once 8213 Summerdale.
On this spot once stood the home of John Wayne Gacy, Jr. (March 17, 1942 – May 10, 1994) was an American serial killer also known as the Killer Clown who raped and murdered 33 teenage boys and young men between 1972 and 1978. Gacy buried 26 of his victims in the crawlspace of his home and three others elsewhere on his property. You can read all about it HERE
Posted by ~Wendy~ at 11:15 AM

would not want to live there!

Although it is slightly disturbing to me. I find hilarity in the way state/community governments think. Just because its a new house with a new address the history is supposed to disapear? That makes me chortle.
I would not live there because of my children and the havoc the energy left behind could reek on them. But would like to own it to add to my collection of macabre items