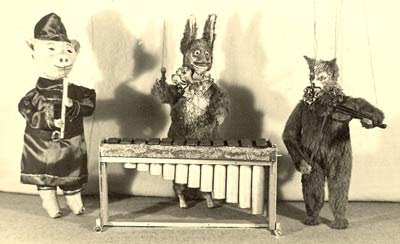 Puppetry is an ancient form of performance. Some historians claim that they pre-date actors in theatre. There is evidence that they were used in Egypt as early as 2000 BC when string-operated figures of wood were manipulated to perform the action of kneading bread, and other string controlled objects. Wire controlled, articulated puppets made of clay and ivory have been found in Egyptian tombs. Marionette puppetry was used to display rituals and ceremonies using these string-operated figurines back in ancient times and is used today.


Though the Greeks left few physical examples of puppets, their literature suggests that puppetry was important. The oldest written record on puppetry can be found in the writings of Xenephon dating from around 422 BC. The Greek word usually translated as "puppets" is neurospasta, which means "string-pulling", from nervus, meaning either sinew, tendon, muscle, string, or wire, and span, to pull. Aristotle compared pulling strings to control heads, hands and eyes, shoulders and legs. Archimedes is known to have worked with marionettes. Plato's work is full of references to puppeteering. The 'Iliad' and the 'Odyssey' were presented using puppetry. Herodotus wrote that during festivals to honour Osiris, female priests carried statues which had moving arms activated by strings. 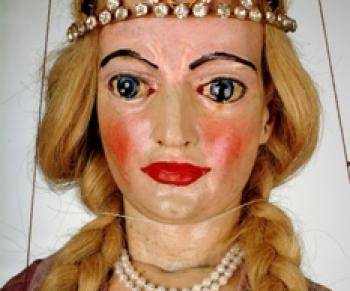 In ancient Greece and Rome clay and ivory dolls, dated from around 500 BC, were found in children's tombs. These dolls had articulated arms and legs, some of which had an iron rod extending up from the tops of their heads. This rod was used to manipulate the doll from above, exactly as is done today in Sicilian puppetry. A few of these dolls had strings in place of the rods. Some authorities believe these ancient figures were mere toys and not puppets due to their small size.
The Indian word sutradhara refers to the show-manager of theatrical performances (or a puppet-player), and also means literally "string-puller" or "string-holder". 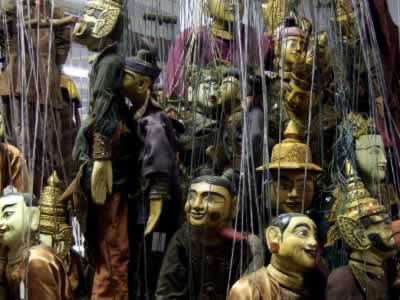 A marionette is a puppet controlled from above using strings; a marionette's puppeteer is called a manipulator. Marionettes are operated with the puppeteer hidden or revealed to an audience by using a vertical or horizontal control bar in different forms of theatres or entertainment venues. Italy is considered by many to be the early home of the marionette thanks to the influence of Roman puppetry. Xenophon and Plutarch refer to them. The Christian church used marionettes to perform morality plays. It is believed that the term marionette emerged around 1600. It is a word connected with the Virgin Mary, hence the word 'marionette' or 'Mary doll'. Comedy sneaked into the plays as time went by and ultimately led to an edict banning puppetry from the church. Puppeteers responded by setting up stages outside cathedrals and became ever more ribald and slapstick. Out of this grew the Italian comedy called commedia dell'arte. Puppets were used at times in this form of theatre. Sometimes Shakespeare's plays were performed using marionettes instead of actors. The sides of donkey carts are decorated with intricate, painted scenes from the Frankish romantic poems, such as The Song of Roland; these same tales are enacted in traditional puppet theatres featuring hand-made marionettes of wood, this art is called Opira dî pupi (Opera of the puppets) in Sicilian. The opera of the puppets and the Sicilian tradition of cantastorî (sing stories) are rooted in the Provençal troubadour tradition in Sicily during the reign of Frederick III, Holy Roman Emperor, in the first half of the 13th century. A great place to see this marionette art is the puppet theatres of Palermo, Sicily. 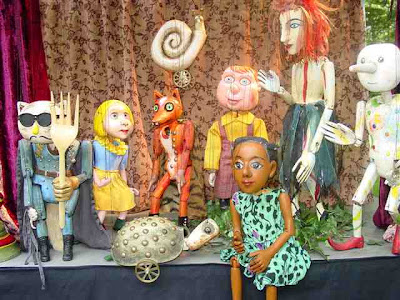